A most graceful exit for Blanche 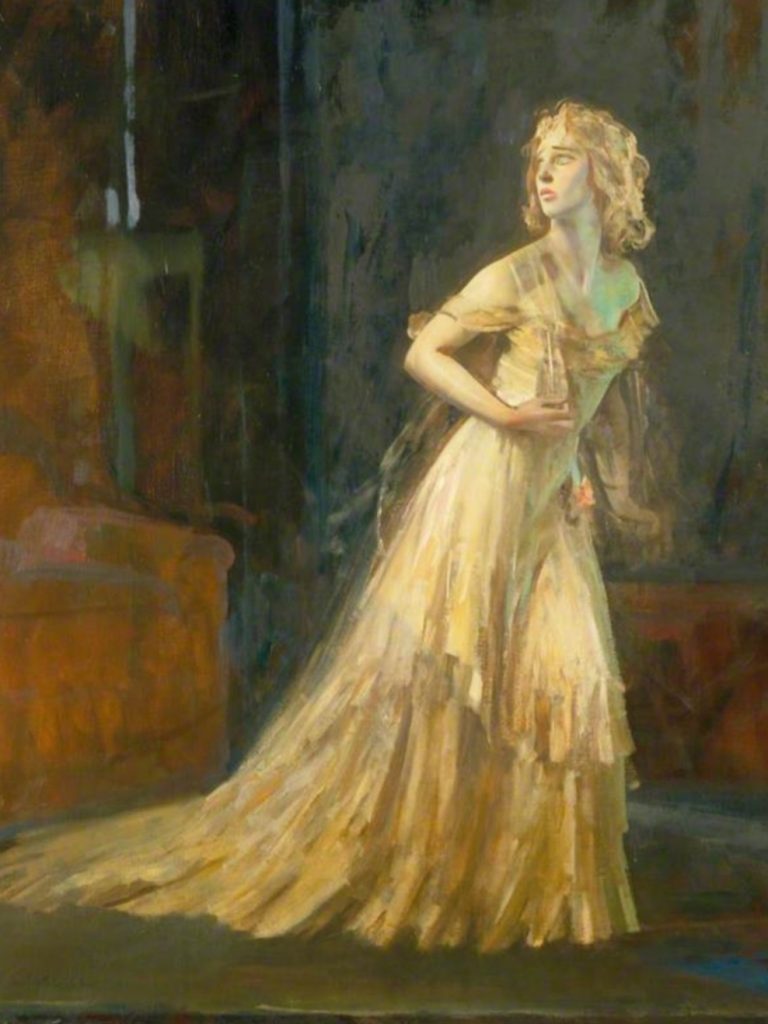 She is alive. They tried to bury her but she is alive. She doesn’t want to be buried. Not the way they want her to. Moon rays shoot through her window and she waits. She waits to become one with the blue ocean. Or she waits for love. It’s either Death or Desire—the force engine which propels a decadent existence. The stained oak rocking chair sustains a bodily weight which bears heavily under the amalgam of disorderly thoughts. Her waiting suggests lunacy to them.

The weight of my own self carries too much. Merciless glares bear heavily, but the touch of another, in a dimly lit Parisian café, washes the past away….yes, the past, with its deliberate cruelties and guilt, its pretty flowers and quiet funerals, its excessive desires and expensive deaths. But the condemnations ring in my year. Incessantly, like a locomotive breath getting closer and closer. And whose condemnations, you might ask? Theirs, I tell you. They, who do not aspire to breathe in the poetry of life, who come home bearing the day’s kill from the jungle, who size up women at a glance, who are guilty of deliberate cruelties. They!

She challenges you, Man! She accepts nothing but excess. Yes, that little extra which pushes them to fit definitions of the word Woman into a little box. That woman they call hysteric because she stops in the middle of yelling and hugs a bastard. She’s a nutcase to them, a wacko. And it’s about time she brings more definitions to the limited word Woman. The word Man doesn’t mean but Man. It possesses all the strength it can contain. But for Woman, now that’s a story, a word bred with weaknesses from conception. Woman must be recreated so that she gains full control of herself as flesh and blood human being.

I am here to reform the rules of the game, the gender game us women have been thrown into since time immemorial. I am held captive by Woman no longer. What do I aspire to become? All that is. I claim full invention of myself. My fantasies are my realities, and I play them darn well. I believe in magic. I come from the land of the sky-blue water.

The danger of possession scares woman no longer. Sex is her weapon now. She plays a dangerous game. She is as real as you, Man. She is not subject, nor prey, nor pretext, nor your folly or illusion. She takes, not only gives. She has given enough, now it’s her turn to take. She is in the spotlight now! The search for pleasure has begun. She enters patriarchal structure to shake its tenets to the core. She resists subordination. She defies it. She lives for herself. She chooses for herself, and that is her ultimate cry to the word. In her eyes, the universe is no longer masculine. The woman of radical decadence has reclaimed center stage!

I walk out without turning back at them, smiling triumphantly, hand-in-hand with a good-looking doctor, exactly how I imagined him to be in my dreams. I embrace the unknown territory with weapons of make-believes, deep-seated desires, stolen kisses, bath songs, magic, and candles. I attain the sky! A most graceful exit, that’s what I am an exemplar of, showing my kind that we must open ourselves up to contradictions and let them flow freely through our veins. Let them interpret you. It’s their petty job. Yours is to shine.