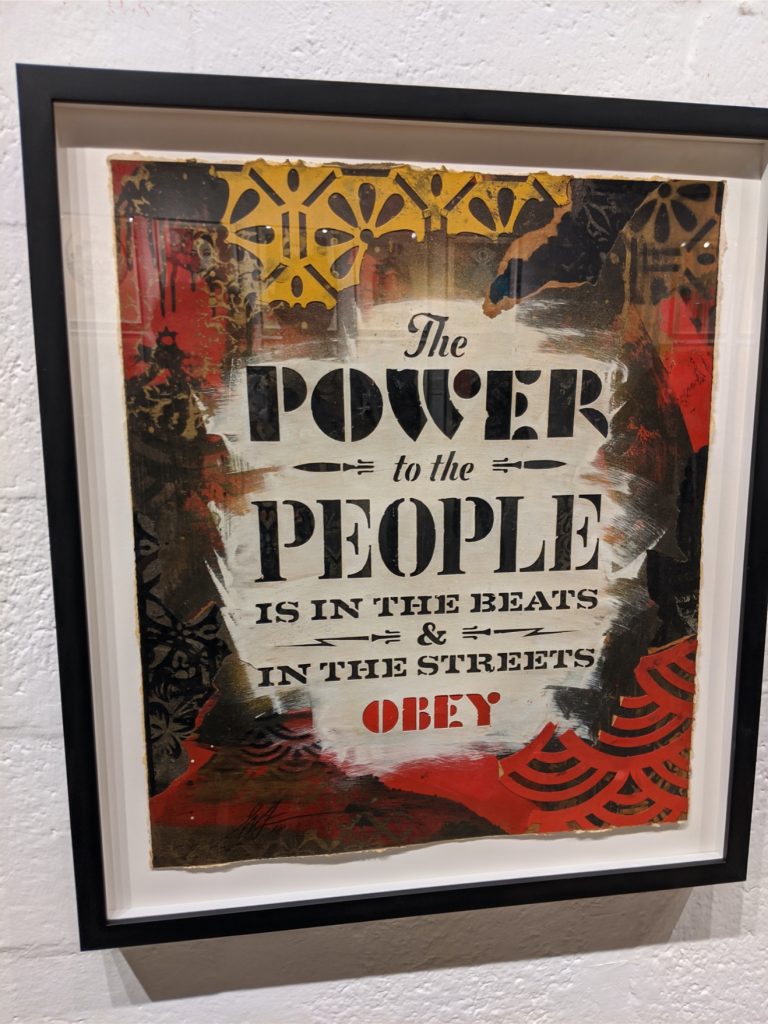 We live in a constant state of fear and pointing fingers while the regime lives its most intense orgasm of all times. We find ourselves in a state of constant bombardment with the image of The Other, an Other we have mechanistically learned to despise, to fear, to negate, to feel sorry for. Take the terrorist beyond The Caspian Sea, the woman who jokes around dirtily in a male-dominating group, the man who gives in too much to his feminine side, the unvaccinated baby whose only superpower rests in a mom possessing a gut instinct bigger than the man-made fear fabricated by a corrupted industry, the Jew who is good at numbers and always settles into a decent life no matter the circumstances thrown at him, the black man who comes from the bench of a ghetto or that of law school, the boy who shows an affinity for purple shades and hair brushes: we perpetually invent new descriptions of The Other.

“Tis some Sisyphus task we subjected ourselves to,” laments the Echo.

Colonialism has never ended. Yet, we imagine the concept with nostalgia, as if it were a never-to-return-past-episode, reminisced with a self-inculcated romanticism, much like Pocahontas in the imagination of the white man. We find ourselves in need of a brain reboot. The voice of The Other resides in the back of our throats.

“Shut up, white boy!” shouts a black kid from the back of the room. At last! Somebody saves the negro race from a handicapped system which swallows humans right and left. “Apart from the 6 million laws, America is a free country,” admits the transgender with a gentleness of tone.

The intellectually-starved children of the first world lead their existence at the borderlands: excess display of empathy or lack thereof. It’s like a long-haul drive: their daily existence is staring blindly at a straight point—figment of imagination—never to reach it. How tragic their quest. The human mind atrophies in closed systems of belief.

“Give us the sacred plant back!” sings the hippie biped. Covering its ears, the system showers him instead with the gift of the opioid.

The subjugated ones: the downtrodden, the misfits, the rebels, the inquirers, the patient ones—that’s what it’s all about. Truth is, we belong. All of us. We see it in each other’s eyes, yet fail to acknowledge and absorb the full sensation of it. Burial remains easier than revelation. The first one comes with comforting excuses, the second digs for Truth. And Truth possesses a hard shell. It stabs, it wounds, it pierces illusions made reality, it awakens, it cries the big tears. We are all The Other.

Stop the charade, the big pretense, and allow the sound of silent darkness to capture your limited vision. Disturbed had it right. Terence McKenna had it right. Show thy face in the global community, will you? But how? I tell you, laugh in the face of your TV broadcasting distorted realities on the war front since 9/11. Oil has become an entity in itself. It’s like the new Satan. It dictates perverted reflections of The Other’s so-called reality. The real, flesh-and-blood man has vanished. Pppoooofff! Oil takes center stage. Get this, lady?

Molly giggles. She knows the battle with Satan is not over.